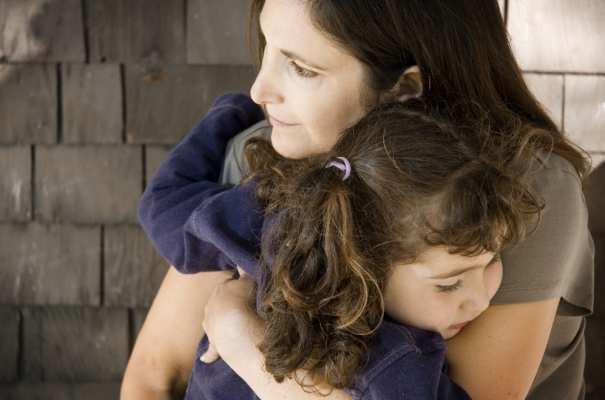 What exactly is lipedema?
Lipedema is one of many forms of edema. In medical terminology, ‘edema’ means ‘swelling’. For people who have lipedema, the swelling is caused by an overgrowth of the fat storage cells (adipocytes) that are normally found in a layer of the skin. These cells grow abnormally in size and number when someone has lipedema. Because body fat has a liquid consistency at normal body temperatures, the fat accumulation can resemble other causes of fluid retention in the tissues.

What are the characteristics of someone who has lipedema?
Lipedema is one of many chronic swelling conditions. However, it is somewhat unique, in that it affects women almost exclusively, which leads us to believe that is driven, at least in part, by hormonal status.

In fact, most women who develop lipedema do so at the time of major changes in female hormonal status (puberty, pregnancy, menopause, among others). There are other common attributes of lipedema. Affected individuals often experience easy bruising and exquisite tenderness of the affected tissues. Lipedema almost always affects the legs, less commonly the arms, but typically spares the trunk. It is for this reason that a hallmark of lipedema is the disproportion between the size of the trunk and the size of the legs. When the legs are affected, the feet are normal in size, with the swelling arising from the level of the ankles. A family history of similarly affected individuals is very common, suggesting that there is a genetic predisposition to this condition.

What causes lipedema?
Simply stated, the answer is unknown. As stated, we suspect genetic and hormonal influences, but the disease is not predictable or preventable. There is a suggestion that it is a disease of the lymphatic microcirculation.

Why is the lymphatic system important in lipedema?
The lymphatics are responsible for clearing extra fluid from the tissues. It is important to note that people with lipedema have difficulty clearing a water load from the body, particularly when they remain upright. In addition, imaging of the microscopic lymphatics is abnormal in lipedema patients, and this abnormal pattern is distinct from what is seen in lipedema. One important theory is that poor function of the lymphatics leads to water retention that causes the fat cells to swell and, eventually to become abnormal.

If I am related to someone with lipedema, what is the chance that I will develop it?
The answer to this question is unknown.

Can lipedema be cured?
Unfortunately, no.

What are the stages of lipedema?
Throughout the natural history of lipedema, the tissues can undergo progressive change. In the first stage, the skin remains smooth but the fat layer beneath is increased in dimension. In the second stage, there are visible irregularitisin the skin surface and nodules can be felt within the fat tissue. Stage 3 is characterized by large exterior accumulations of tissue derived from the skin.

What is the difference between cellulite and lipedema?
Cellulite is also an alteration in the subcutaneous fat, but cellulite is primarily a cosmetic problem. In some individuals, the presence of cellulite could represent the earliest phase of a problem than can evolve into full-blown lipedema, but this is certainly not always the case.

Is lipedema a common problem?
The exact incidence of lipedema is not known because, at present, we lack any diagnostic or imaging tools that will reliably identify the presence of lipedema. Unfortunately, there are many common features between the medical diagnosis of lipedema and the normal pattern in which women tend to deposit excess body fat. Other edema causing conditions might be confused with lipedema, including lymphedema, vein disease, hypothyroidism, and systemic causes of edema, like heart failure.

How is lipedema diagnosed?
As already mentioned, there are no tests for lipedema. The diagnosis can only be established with reasonable certainty if a trained clinician can physically evaluate the patient.

What are the medical complications of lipedema?
Fortunately, the risk of infection (cellulitis) that is seen in lymphedema and chronic venous disease does not occur in lipedema. However, in later stages of lipedema, there is a distinct tendency to develop abnormalities in these other two circulations. Late stage lipedema with lymphedema development is called lipolipedema, and with vein abnormalities, phlebolipedema.

What investigations are useful for the diagnosis and monitoring of patients with lipedema?
Because there are no diagnostic tests, there is no investigation for monitoring the disease. If there is a concern for either phlebolipedema or lipolymphedema, the appropriate tests can be done for the associated conditions

What are the mainstays of therapy for patients with lipedema?
Unfortunately, the abnormal fat storage cell in lipedema does not shrink in response to caloric restriction, so diet will not change the outcome of the lipedema directly. However, it is commonly believed that, if there is truncal obesity, a calorically-restricted diet is desirable to optimize the size and weight of the trunk, which will indirectly reduce the likelihood of disease progression. As previously mentioned, there appears to be a defect in water excretion in lipedema. This water retention is intensified by dependent positions of the legs (sitting and standing). For this reason, we believe that low grade compression stockings can help to slow the progression of disease, provided that they can be tolerated in the face of bruising and tenderness. In cases of lipolymphedema, CDT (Complex/Complete Decongestive Therapy) may address the lymphedema component. There are no medications for lipedema.

What about surgery?
In recent years, there has been growing emphasis on surgical techniques to remove the abnormal fatty tissue. Liposuction, either tumescent or water-assisted is considered to be a suitable surgical therapy. This should not be considered to be curative, since the problem can recur and, even when successful, rarely will result in a complete return to a normal shape of the involved limb(s). Nevertheless, in selected cases, these surgical approaches can be very helpful in reducing the total disease burden, often resulting in increased mobility and decreased discomfort in the affected limbs. The surgery will often require multiple procedures to achieve a complete treatment effect.

Is there research on lipedema and can we hope for better treatments?
Most certainly. Scientists are trying to understand the mechanisms that produce the clinical problem of lipedema and there are active attempts to identify the gene(s) that may cause the disease. One important way to assist in that effort is to participate in LE&RN’s International Lymphatic Disease Registry and Biorepository.

Find a walk near you to join a community, increase awareness, and to raise much needed funds.

Click here to submit your question, and a lymphatic disease expert will answer it!

Experts from companies that service the lymphatic community discuss products, services, and resources.