FAQs About the Lymphatic System 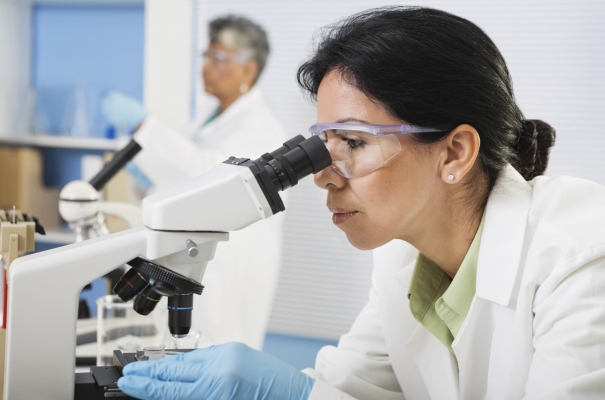 The earlier lymphedema is treated, the more that can be done to prevent its progression

The lymphatic system is vital to the health of every individual. Scientific investigation of the lymphatic system will provide preventive and therapeutic benefits for a broad array of diseases. As an integral part of the immune system, it is both critical to the body's surveillance against cancer, and it can provide pathways for cancer to metastasize.

Unraveling the mysteries of the lymphatic system is vital to understanding many other disease processes. It plays a role in inflammatory and auto-immune disorders such as arthritis and systemic lupus, and is key to understanding the spread of AIDS and many infections. The Lymphatic Education & Research Network fosters and supports research to discover the links between lymphatic function, diseases, and levels of wellness.

What is the Lymphatic System

The lymphatic system is part of the immune system. It helps the body fight infections. It also helps maintain fluid balance in different parts of the body. It is made of a series of thin tubes, called lymphatic vessels. These vessels collect fluid, called lymph, from different parts of the body. Similar to blood vessels, these vessels then carry the lymph back to the bloodstream. Lymph is a colorless, watery fluid that is rich in white blood cells called lymphocytes. These cells play an important role in the immune system by protecting your body against infection. Lymphocytes form and are stored in lymph nodes, which are pea-sized collections of cells located throughout the body, such as in the armpit, groin, and neck area.

Lymphatic disease is a malfunction of the lymphatic system in which fluid, or lymph, does not pass properly through the lymph nodes and lymphatic vessels. The most common lymphatic disease is lymphedema. The most prevalent lymphatic disorder is lymphatic insufficiency, or lymphedema. This is an accumulation of lymphatic fluid in the interstitial tissue causing swelling, most often in the arm(s) and/or leg(s), and occasionally in other parts of the body. The severity of this disease varies from very mild complications to a disfiguring, painful and disabling condition. In addition, patients are often susceptible to serious life-threatening cellulite infections (deep skin), and if untreated, can spread systemically or require surgical intervention. It remains a lifelong functional problem requiring daily treatment for maintenance. Eventually the skin becomes fibrotic (thickening of the skin and subcutaneous tissues) with loss of normal architecture, function and mobility.

There are two main types of chronic lymphedema: Primary and Secondary

Primary Lymphedema is an inherited disease that affects approximately 0.6% of live births and in which there is a congenital defect of the lymph-transporting system. It can be present at birth, develop at the onset of puberty or present in adulthood, with no apparent causes.The lymphatic system does not develop properly. Those affected with Primary lymphedema will have swelling of various parts of the body due to the accumulation of lymph.

Nonne- Milroy’s lymphedema is characterized by swelling of one or both legs, arms, and/or face with gradual fibrotic changes.

Lymphedema Tarda- usually develops after the age of 35

Lymphedema-distichiasis may also present after puberty and patients have an auxiliary ( extra) set of eyelashes.

A number of the hereditary lymphedema conditions can be linked to a gene mutation  ( flt4 ;FOXC2)

There are several chromosomal disorders in addition that have been associated with lymphatic conditions including lymphedema.  Gorham’s Disease, Turner Syndrome, Klippel-Trenaunay Syndrome, Yellow Nail Syndrome, Noonan Syndrome are just some of these associated conditions.

Lymphangioma- a congenital lymphatic malformation that arises during embryonic development is another lymphatic condition. Lymphangiomatosis is the presence of multiple or widespread lymphatic vascular malformations.

Protein-Losing Enteropathy may occur in the presence of Intestinal lymphangiectasia. Those affected have excessive protein loss into the gastrointestinal lumen leading to hypoproteinemia. This leads to severe edema, in addition to ascites (excess abdominal fluid in the abdomen) and pleural effusion (excess fluid in the cavity lining the lung)

Congenital Pulmonary Lymphangiectasia- abnormally dilated ( widened) lymphatic vessels within the lungs leads to lymph collecting in the lungs and leads to respiratory distress.

Secondary Lymphedema (acquired regional lymphatic insufficiency) is a disease that is common among adults and children in the United States. It can occur following any trauma, infection or surgery that disrupts the lymphatic channels or results in the loss of lymph nodes. Among the more than 3 million breast cancer survivors alone, acquired or secondary lymphedema is believed to be present in approximately 30% of these individuals, predisposing them to the same long-term problems as described above. Lymphedema also results from prostate, uterine, cervical, abdominal, orthopedic cosmetic (liposuction) and other surgeries, malignant melanoma, and treatments used for both Hodgkin's and non-Hodgkin's lymphoma. Radiation, sports injuries, tattooing, and any physical insult to the lymphatic pathways can also cause lymphedema. Even though lymphatic insufficiency may not immediately present at the time any of the events occur, these individuals are at life-long risk for the onset of lymphedema.

Lymphatic Filariasis is a world health problem resulting from a parasitic-caused infection causing lymphatic insufficiency, and in some cases predisposes elephantiasis. The World Health Organization's recent efforts to eradicate the spread of infection do not address or eliminate the resulting lymphedema.

Lymphoma is a type cancer that begins in infection-fighting cells of the immune system called lymphocytes. The lymphatic system includes the lymph nodes, spleen, thymus, bone marrow, and other parts of the body. When you have lymphoma, these areas are affected as well as other organs in the body. There are two main types of lymphoma:  Non-Hodgkin (most people with lymphoma have this type) and Hodgkin.

Non-Hodgkin and Hodgkin lymphoma each affect a different kind of lymphocyte. Every type of lymphoma grows at a different rate and responds differently to treatment.

Join the community that seeks a cure