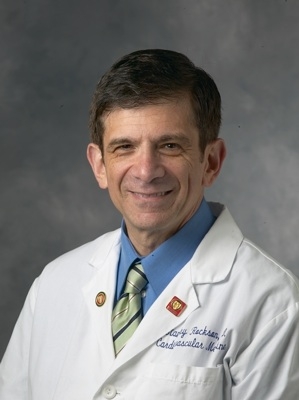 Actress Angelina Jolie’s decision to undergo a double mastectomy has been applauded by women who have tested positive for gene mutations that show that they are at a significantly greater risk of developing breast cancer. Many are hopeful that Jolie’s very public and, many say, courageous disclosure may destigmatize the procedure and decrease the isolation that many women feel when they make this difficult decision.

At LE&RN, some of our supporters worried that Jolie might now be an at increased risk for developing lymphedema. For answers, we turned to Dr. Stanley Rockson, M.D., LE&RN’s Founding Scientific and Medical Advisor, and the Allan and Tina Neill Professor of Lymphatic Research and Medicine at Stanford University School of Medicine.

“Prophylactic mastectomy,” Dr. Rockson said, “without axillary lymph node dissection or radiation therapy, does not carry a significant risk for lymphedema development. However, Jolie’s situation is rare. The vast majority of mastectomies take place after a breast cancer diagnosis. These surgeries, as well as follow-up radiation treatments, are life-saving. They also, unfortunately, carry a substantial lifetime risk of lymphedema.”

The above blog post originally appeared on May 21, 2013, in the blog of LRF (now LE&RN). References to LRF have been changed accordingly.

@LymphaticNet: We thank all the activists who joined us for yesterday's webinar. If you missed it, visit this link for a replay as… https://t.co/GnMUB2HoVz

@LymphaticNet: Join us today at 2 pm EDT for a free LE&amp;RN webinar as we get ready for National Action Week, August 17-21. We'll ta… https://t.co/Vi7ZrqR40Y