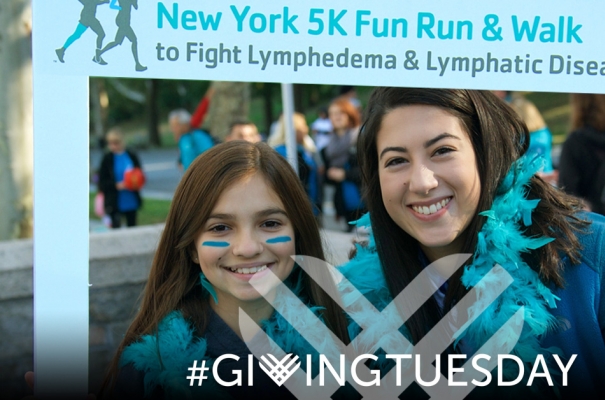 #GivingTuesday is a day set aside for giving back. On #GivingTuesday, December 3, remember LE&RN and join the fight against lymphedema and lymphatic diseases.

Our fundraising goal this year is $100,000 -- just $5 from each person who follows LE&RN on Facebook. If you can give more, give more -- but please participate at whatever level you can. The goal is to have everyone #GiveBack to LE&RN on December 3 at some level. $100,000 also happens to be the maximum amount that Facebook will match per non-profit. We intend to go for as many matching dollars as possible.

Facebook’s match for Giving Tuesday 2019 begins at 8:00 AM Eastern Time (5:00 AM Pacific Time) on Tuesday, December 3, 2019. Last year, Facebook users raised more than $125 million for charity — the largest amount of money ever raised on the social media platform in a single day. This enthusiasm also meant, however, that Facebook reached its match limit almost immediately. So, LE&RN Supporters, we have to be ready!

How to participate in LE&RN's #GivingTuesday campaign:

@LymphaticNet: We thank all the activists who joined us for yesterday's webinar. If you missed it, visit this link for a replay as… https://t.co/GnMUB2HoVz