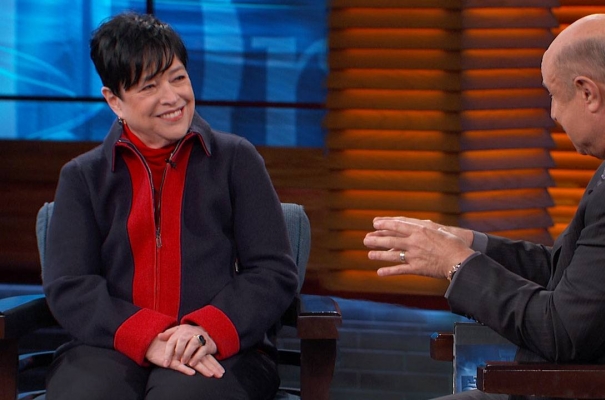 At the very beginning of 2019, LE&RN Spokesperson Kathy Bates appeared on The Dr. Phil Show. She talked openly about being diagnosed with lymphedema (LE) and her anger at not being prepared for this devastating news.

"You think American Horror Story is scary?" the actress told the audience. "You should have been in that room with me."

Bates was angry when she learned she had LE, and soon she tapped into that anger to make a difference for others. At the 2014 New York Walk to Fight Lymphedema & Lymphatic Diseases, Bates surprised and energized Walk participants gathered at the foot of the Brooklyn Bridge with a pre-recorded audio message, announcing that she was now in this fight with them. And she meant every word. Serving as LE&RN's Spokesperson, Bates was soon traveling to D.C. with other LE&RN representatives to meet with lawmakers and the National Institutes of Health (NIH), leading citizen lobbying groups on Capitol Hill, addressing researchers and the medical community at Harvard University School of Medicine, and being recognized for her efforts by Research!America.

When Bates appeared on The Dr. Phil Show in January 2019, she was accompanied by Dr. Stanley G. Rockson, founding member of LE&RN, and (via video livestream) Emma Detlefsen, LE&RN Youth Ambassador. Over the years, Bates has developed a special friendship with the now ten-year-old Emma, whom Bates has called "my hero." Texas Chapter Chair Vern Seneriz was in attendance and Colorado Chapter co-Chair Marie Apodaca made a video appearance.

The show had a greater impact than perhaps anyone had anticipated. Dr. Phil's own producer, Allie Leven, discovered that her late father likely suffered from LE and might have added years and quality to his life had he been properly diagnosed. Hundreds of people contacted LE&RN following the show, ready to donate, become Supporting Members, join activists on Capitol Hill on March 29 for LE&RN's Lobby Day, fundraise and participate in the upcoming Walk & Rally on the steps of the Lincoln Memorial on March 30, and follow LE&RN on Facebook, Twitter, Instagram, Youtube, and email alerts.

We will win this fight against lymphedema and lymphatic diseases. And Ms. Bates has shown that if more people know about this struggle, they will join the fight on behalf of the millions of Americans and hundreds of millions worldwide who struggle with these diseases.

What you can do: