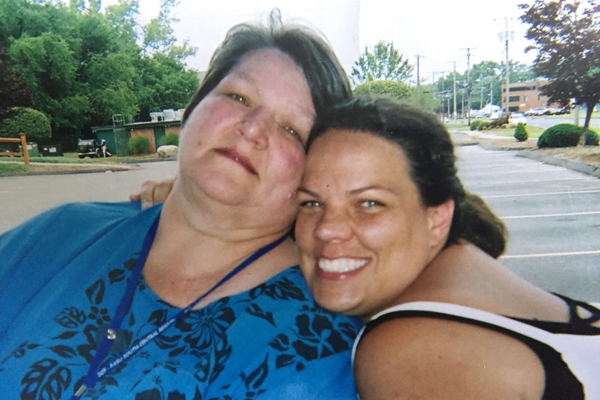 My mother, Linda Vitale, was a primary lymphedema patient. For years she struggled with this disease and didn’t even know she had a disease. Her doctors always said she was just extremely heavy. When her legs started leaking fluid, she was told it was a calcium build up and that can cause edema. 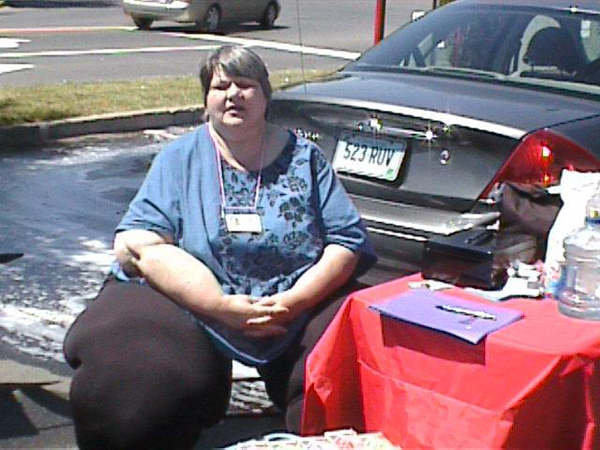 At age 50, my mom went to a varicose veins specialist who told her he believed she had a condition called lymphedema. He did not know much about it but knew where to send her for wraps and pumps. We contacted LE&RN (then still the Lymphatic Research Foundation) and through them we got a lot of our knowledge about this disease and they helped us tremendously with advice on where to go to get special items needed and who to call for therapy and help.

Because my mom’s legs were so big they had trouble sizing her correctly for wraps and had to make specialized pumps. This took a lot of time. After about five years, she finally had wraps and pumps that assisted a bit with the lymphedema swelling. Her legs were very painful. She used to scream when she got into bed at night and because the pain was so over bearing. In the morning, she moved very slowly to help ease the pain and stiffness of getting up and starting her day.

My mother was a wonderful woman. Smart, full of life, she loved kids and looked forward to going to work every day. She worked for the Connecticut Association of Foster and Adoptive Parents. To get ready in the morning she would follow a ritual. Her legs would leak fluid, which actually had an odor to. Every morning after she showered she would clean in between each roll caused by the lymphedema to make sure she did not develop chafe or any kind of infection in the creases. Cellulitis was a scary but normal condition for her. This infection she would get at least once every 3 months. She had a supply of Cipro on hand for the “just in case” outbreak of cellulitis.

After a while our home’s living room started to resemble a hospital room. We had to make accommodations so she could get around freely and without injury. We had a walk in shower put in because she couldn’t step over a bathtub. She went from a cane to a walker and we eventually had to put in an elevator because her lymphedema started to debilitate her where she couldn’t walk and eventually was confined to a wheelchair. Through all this, my mom was determined to work. She did everything she could to fight to keep her job and the quality of life she had for her family.

Wounds were also very common with lymphedema. She would break out in a small blister that would burst and leave an open wound.  She had to be so careful. Anytime she got the smallest scratch it would turn into an open wound and it took a very long time to heal. Her quality of life suffered tremendously. 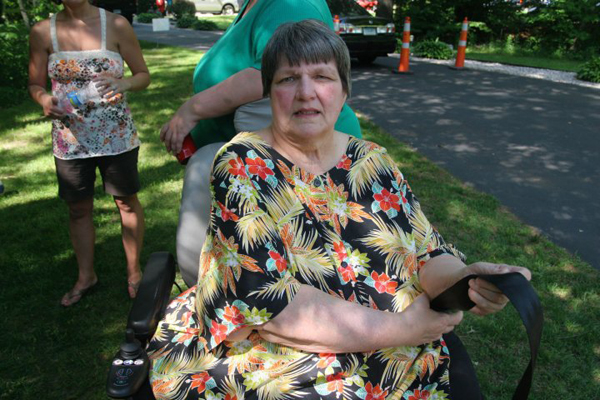 Depression, though she fought it, had started to set in about a year after being confined to her wheelchair. Though she was losing a lot of weight, her legs were continuously swelling. Their size made it very hard to transport her to functions or even doctors and she started making decisions to stay in more.

We now needed to have around the clock nurses to assist her and care for wounds. Her last wound seemed to never heel. It ended up taking over the whole back half of her right leg. She had this wound for over two years. Even though we had nurses come and clean it almost every day the wound became necrotic. She would get cellulitis often in the leg and was hospitalized a few times with the strep A virus from what I understood was a flesh-eating virus in that leg.

On May 14, her grandson’s 18th birthday in 2011, she became very ill. She couldn’t stand, couldn’t pull herself up, and couldn’t even swallow water. After 24 hours she needed to go to the emergency room, which she hated because her legs were so big and she was so afraid of leaving her home because transportation was always an issue.

The virus had gone through her body and she had a blood disease and her body was septic. I remember those 4 days so clearly. By the time she reached the hospital she was completed dehydrated, her blood pressure was extremely low and they had to put a line in her neck to get her fluids. Her leg was so necrotic they put her in for immediate surgery to clean the wound.

The next day, mom was still sedated and we needed to make the decision to amputate the leg because the infection started attacking organs. Doctors thought this is the only way to keep her alive. My sisters and I, against our heartfelt judgment, gave consent for the leg to be amputated.

She was in intensive care for the next two days. Her fever was so high they had to pack her with ice. The virus then attacked her kidneys as well as other organs. After 48 hours of trying everything they could to save her, my mom passed away. What people do not understand is the stagnant material in the swollen legs can harbor all sorts of bacteria. The wounds that can open because of this swelling can be life-threatening.

My mom died from nothing other than complications from lymphedema.