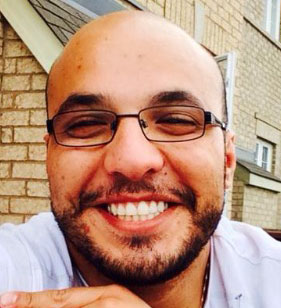 So I woke up on the morning of October 18, 2007 to the day that would change my world. I was in my first semester pharmacy studying overseas.

5:00am hits. I wake up screaming. I feel like somebody had put an elephant on my foot, because ain't no way I could move my left leg. I reach down, I felt something was swollen and itchy. And I feel a huge bump in my upper left leg. Lymph nodes were swollen like no other. I look down to my feet, I see my left foot is bruised, red, and huge.

First day with lymphedema was a day from hell. The pain was excruciating. And I had no freaking clue of what was going on. I learned to live with it. I spoke to doctors, and not a single douchebag had an idea about what it is I had. One doctor told me, "you can still walk, run, and even get married one day..(chuckle)". Another doctor told me, "suck it up, walk it off"...hmm.. So I usually get these pain attacks twice to three times a year. I learned to cope with it. Ice it. Rest it. Anti-Inflammatories. Pain Relievers. Couple of days, it gets better. Life is good. Until I woke up one day, January 11, 2012. Oh Jesus! This pain attack was like no other. Why? Because it lasted 6 months. For the first 3 months, I was bed-ridden. Let me be clear what that means, I was in bed for three months, meaning, I would crawl to the washroom and come back to bed. That was all of my movements for the first three months. After that, I started to move around the house. I would eventually hop, skip, or crawl around the house. If I were to put pressure on the left leg, I would have to walk with my left foot resting on the outside.

Anyways, I took matters in my own hands. I looked for surgery. I looked for treatments. This can't be it. I gotta fight. I can't back down. I researched. And researched. And researched. Fast forward the part where I went up against every doctor I talked to about it, fast forward the part where doctors would laugh at me thinking I would actually go through with this surgery. Surgery as preformed by one of the pioneers of the world in lymphedema treatment. Professor Dr. Campisi out in Genoa, Italy on July 16, 2012. 2 weeks pre-op. 1 week hospital stay. 1 week post-op. "Dr, how long until my leg gets better to 100%?" "Andrew, at LEAST 5 years"... you know what, that's the best goddamn answer I've heard yet. It's almost been 3 years now.

Have I seen improvements? I keep asking myself this question: When I start a diet or a weight loss regime, do I notice the results personally? No. I only see the results when I know I've finished a certain program, and then I compare and contrast. So, have I seen improvements in my leg? Honestly, it's hard to tell. I'm in a 'weight loss' regime now, and it's a 5 year timeline. Once the 5 years up, believe me, I ain't gonna stop at nothing less than giving hope to the other millions that have lymphedema. I'm the lab rat. And with God's grace, maybe, just maybe, there's hope for the lymphedema world out there.