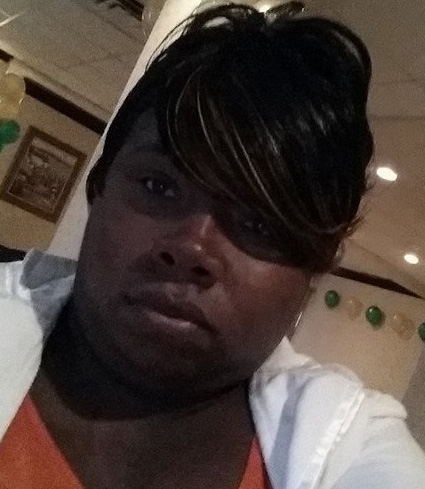 My name is Charisse and I have primary lymphedema. I've had Lymphedema since the age of 12. The Lymphedema worsened when I had children. When my mother and I discovered that my legs were swelling, we thought it was because of my monthly. As time went on my legs were swelling more and more so my doctor sent me to a vascular doctor. He did some wrapping to see if the swelling would go down which it did, but they started swelling again after awhile.

At the age of 16 I went in for a surgery on my foot to see if they can take some of the bad lymph nodes out but that only made my feet swell. In 1997 I started going to lymphedema therapy which really helped because my legs were going down and I was able to wear the type of shoes I wanted to wear. Later on that year I found out I was pregnant, the lymphedema became a little worse so I went back to therapy after I had my baby.

In 2000, I found out I was pregnant again, and that’s when it really got worse, legs were heavier, weighing me down when I walk and my feet were hurting. In 2006, I caught an infection called cellulitis, I was so afraid something was going to happen to me. And now I am still having problems with the lymphedema. Sitting for a long period of time, walking, and standing bothers me a lot. I have searched and searched for a solution to the lymphedema, maybe a procedure something that will give me some relief. I found out about the vascularized lymph node transfer surgery, but I am not a candidate for this type of surgery.

To help cope with me having lymphedema, I meditate listening to gospel music. Gospel music has been an important healing regime for me; it has gotten me through a lot of pain. Because gospel music helps me to cope, I know that it will help other patients who are like me. I am a true believer that I will be healed from lymphedema. I will not allow it to take over my life.