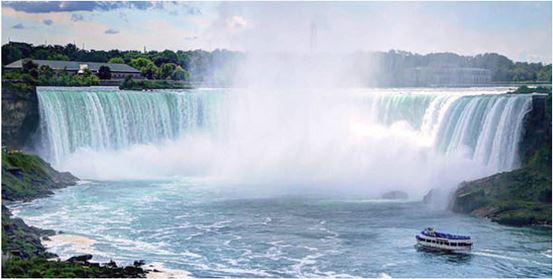 Tiffany’s daughter Emma was born with primary bilateral lymphedema (LE) and was 1 ½ years old before getting a proper diagnosis.The difficulty in finding a proper treatment along with Emma suffering from multiple bouts of cellulitis infections left Tiffany with many questions and few answers. That’s whenshe discovered LE&RN and decided being proactive was going to be the most therapeutic course for their family. Through LE&RN Tiffany’s family found their strength and bravery to fight this disease. In 2014 they formed Emma’s fundraising team benefitting LE&RN, “Emma’s Incredibles-Team Lymphedema” and with one lemonade stand for a cure followed by a walk across the Brooklyn Bridge, a journey of lymphedema advocacy began.

Tiffany is working to build a supportive community for patients through the NY State Chapter while advancing LE&RN’s mission to fight all lymphatic diseases (LD) with advocacy, education, awareness and research.

Jennifer earned a Bachelor’s of Science from Mercy College, a Master’s of Science in Physical Therapy from New York Medical College and Certification in Lymphedema from Norton School of Lymphatics. In addition, she has completed coursework with The Klose School. Currently, Jennifer is the Senior Lymphedema Therapist at New York Presbyterian Hudson Valley Hospital. She has dedicated her career to lymphedema management. But one of her greatest accomplishments is being the mother to Connor Looby. Jennifer is an inspired to work with the NY Chapter in bringing awareness to lymphedema and all lymphatic disorders.

Lisa is a Buffalo resident who has suffered from lymphedema in her left leg -- the result of surgery to cure cervical cancer -- since 2008. However, it wasn't until 2011 when she was properly diagnosed and taught how to manage her lymphedema. Because LE&RN has been such a great resource, Lisa and her husband, Patrick, used their wedding in 2014 as a platform to raise lymphedema awareness and money for the N.Y. Walk for Lymphedema, which they attended as their honeymoon.

Andrea developed secondary lymphedema in her right leg over eight years ago, as a result of cancer treatment.  Having never heard of lymphedema prior to her diagnosis, she devoted a great deal of time researching lymphedema and through her research was introduced to LE&RN.  Through LE&RN she has met many incredible people - others with lymphedema, doctors, therapists and has become a major advocate.  Her mission is to bring greater awareness of Lymphedema to as many people as possible and provide inspiration and help to other patients.

Connor was diagnosed at 6 weeks old with a rare lymphatic disorder, Intestinal Lymphangiectasia as well as primary lymphedema. He was awarded the McKenna Shea Youth Ambassador award in 2010. Connor has been on the Senate and Assembly floors advocating for LE&RN and hosts annual fundraisers. He is looking forward to representing all those with lymphatic disorders and is eager to work with you.

Emma was born seemingly healthy until she woke up one morning with a swollen foot at 7 months old. She was eventually diagnosed with primary bilateral lymphedema (LE) in her legs and feet. After being honored at the NY State Capitol for her fundraising and advocacy on behalf of LE&RN she was named New York Youth Ambassador in 2015. Emma and her team “Emma’s Incredibles” are on a mission to, in Emma’s words, “kick Lymphedema’s butt!” Emma’s passion to create change has brought her from the NY State Capitol to the U.S.  Capitol Hill. Her favorite way to advocate is attending congressional meetings to lobby for research funding and proper insurance coverage. She has attended over 40 congressional meetings since the age of 6. LE&RN Spokesperson, Kathy Bates, and Emma have formed a special bond over the years becoming faces for change in the lymphatic community. Emma looks forward to working with LE&RN for years to come.

Kathy Bates took the Face of Lymphedema Challenge. Will you?