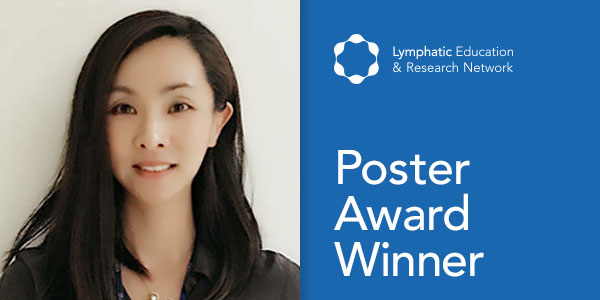 With the knowledge in eicosanoid and protein signaling, I joined the Dr. Mark Nicolls’ group at Stanford University after finishing graduate school. Dr. Nicolls was one of the first Investigators that identified the importance of inflammation in pulmonary arterial hypertension (PAH). It was found that the expression of the eicosanoid lipid, Leukotriene B4 (LTB4), and the upstream enzyme 5-lipogenase was elevated in clinical PAH around the 1970s. But the exact role of these inflammatory mediators was not known. Combining my knowledge in leukotriene biology and Dr. Nicolls’ expertise in PAH, we discovered that macrophage secreted LTB4 induces pulmonary arterial endothelial cell apoptosis (the most early event in disease development) and causes pulmonary arterial smooth muscle cell proliferation and hypertrophy; pulmonary arterial adventitia fibroblast activation (key components of pulmonary vascular remodeling). Blocking LTB4 biosynthesis reverses PAH in three different animal models of PAH. These efforts led to a couple of high impact publications (Science Translation Medicine and Hypertension) and the currently enrolling LIBERTY trial (a phase II trial using LTB4 antagonism to treat human PAH).

From 2014, I started to collaborate with Dr. Stanley Rockson, who is a world-renowned lymphatic physician scientist, with expertise in translational research in lymphedema, including identifying its genetics and relevant potential biomarkers. Dr. Rockson discovered that ketoprofen, a nonsteriod anti-inflammatory drug, is beneficial for both pre-clinical and clinical lymphedema but with severe side effects. But the mechanism of action was unknown. Ketoprofen has a unique pharmacology among its class; it not only inhibits eicosanoid COX enzymes but also the 5-lipogenase. I led a collective team of 6 people from both the Nicolls’ lab and the Rockson group, and started a new adventure to investigate what is the mechanism of action of ketoprofen, whether LTB4 also affects the lymphatics circulation and how to develop a more targeted therapy for lymphedema with fewer side effects. With many years of efforts, we discovered that LTB4 causes lymphatic injury and is contributing to lymphedema pathogenesis by inhibiting two pathways essential for the lymphatic repair, the VEGFR3 signaling and the Notch signaling. Antagonizing LTB4 reverses pre-clinical lymphedema. This is the first study ever addressing the role of a specific inflammatory response (LTB4-mediated inflammation) in lymphatic endothelium; the importance of Notch signaling to post-natal lymphatic repair; and a possible non-growth factor treatment approach to lymphedema. These efforts led to a Science Translation Medicine publication and the currently enrolling ULTRA trial (the first multicenter double-blind, randomized placebo-controlled drug trial for lymphedema).

Dr. Rockson is a great mentor and a personal friend. He is one of the organizers of the 2017 Lymphatic Forum and invited me to the meeting. Therefore, the trip to Chicago made my first experience to the lymphatic conference. The conference was full of excellent talks and innovated ideas. I met almost everyone “big figure” studying lymphatic circulation in the world, who was only familiar to me on the paper before then, and had the opportunity to hear them talk about the latest findings. I had the chances not only to discuss my science and my questions with someone at my level and with the opinion leaders from all around the world. Everyone was extremely friendly. The conference organizers were very very helpful. In fact, I have established couple of collaboration during the meeting. I am also very thankful and honored to be the recipient of the best poster award.