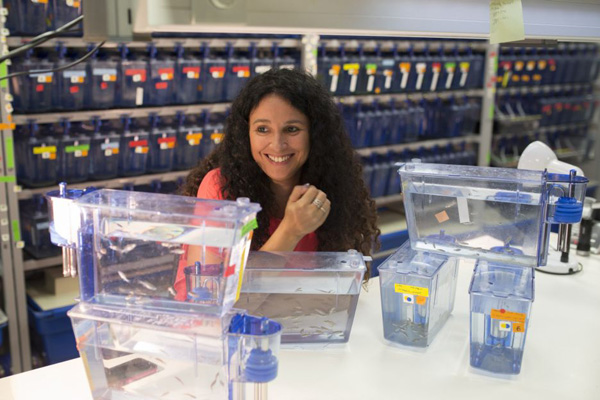 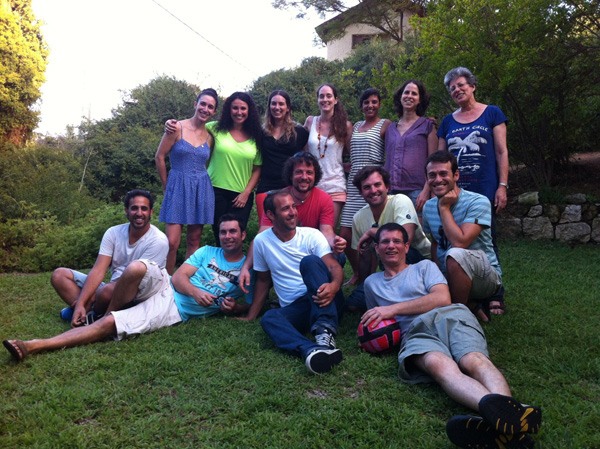 On March 23, at a session in conjunction with the Gordon Research Conference on Lymphatics in Ventura, CA, LE&RN Spokesperson and Academy Award-winning actress Kathy Bates will present LE&RN's 2016 Wendy Chaite Leadership Award to Dr. Karina Yaniv of the Weizmann Institute. (Dr. Yaniv is pictured at right with her team at the Weizmann Institute.)

LE&RN received multiple nominations for this prestigious award. Dr. Yaniv was ultimately chosen for the honor based on her significant contributions to lymphatic research.

Dr. Yaniv and her colleagues in the Weizmann Institute's Department of Biological Regulation recently revealed how the lymphatic system develops in embryo and managed to efficiently grow lymphatic cells in the lab ("Resolving a Lymphatic Riddle" press release from the Weizmann Institute). Aside form answering the longstanding question of how the lymph system arises, Dr. Yaniv's work can provide important insights into disease, from the metastasis of cancer to the abnormal accumulation of lymph fluids, particularly in the wake of surgery to remove cancerous tumors.

Dr. Yaniv's momentous discovery would not have been possible without LE&RN's support. In 2010, Dr. Guy Malkinson, a member of Dr. Yaniv's lab, received a LE&RN postdoctoral fellowship award. Dr. Malkinson played a key role in the research that eventually led to this breakthrough.