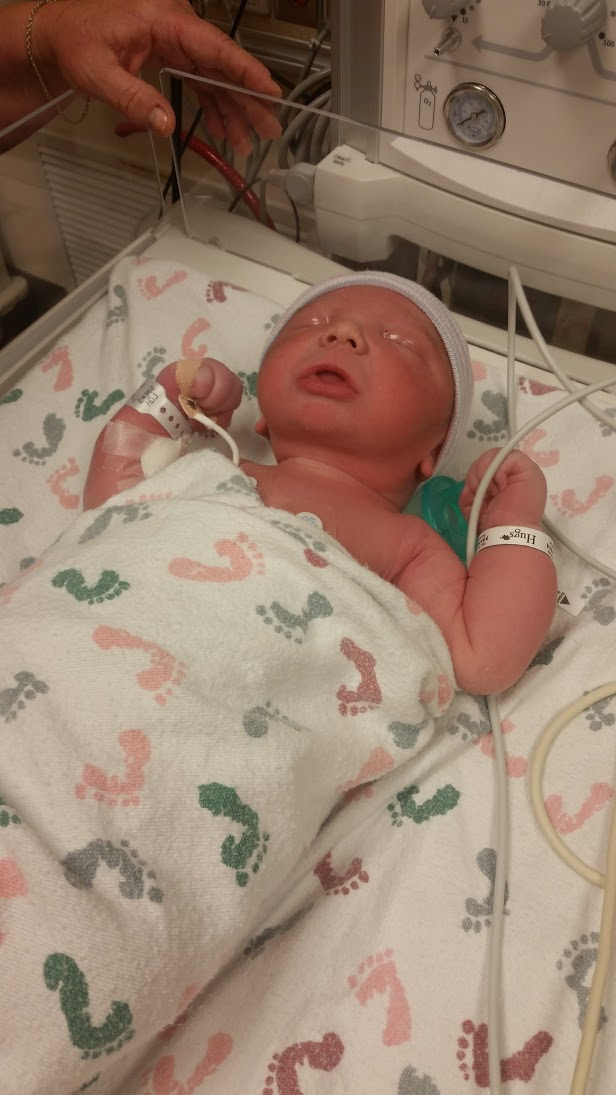 Duane and I found out we were expecting our first baby in December of 2015. We were simultaneously so incredibly excited and scared out of our minds. In general, my pregnancy was pretty typical, but at 37 weeks my nurse practitioner measured me and noticed I was suddenly showing at about 39 to 40 weeks. Just to be sure, she sent me to do an extra high resolution ultrasound. She told us that Grayson was big, but felt that everything seemed normal.

I ended up failing to progress during labor due to Grayson’s size, so I was taken in for a c-section and Grayson was born on August 16, 2016 at 6:37pm. The surgery went according to plan, but when Duane went over to cut the umbilical cord the pediatrician mentioned that Grayson’s level of full body swelling was not typical and asked if he could send a picture to the on-call NICU doctor. Duane was shocked, and concerned as we’d had not indications of anything being abnormal during the pregnancy.

It was decided that Grayson should spend some time in the NICU for observation. Duane was allowed to hold Grayson and show him to me before he was whisked away as Duane followed. During this time, Duane was able to get our families and bring them into the NICU to meet Grayson one by one while I remained in post-op, recovering. After I was discharged from post-op, my nurse took me to the NICU and I was allowed to see Grayson for 5 minutes before I was wheeled to my room in the mother-baby wing to rest.

Continue to Part II: Grayson is diagnosed with Primary Lymphedema.